The Taj Mahal is a white marble mausoleum built by Mughal emperor Shah Jahan in memory of his third wife, Mumtaz Mahal. It is one of the seven wonders of the world. 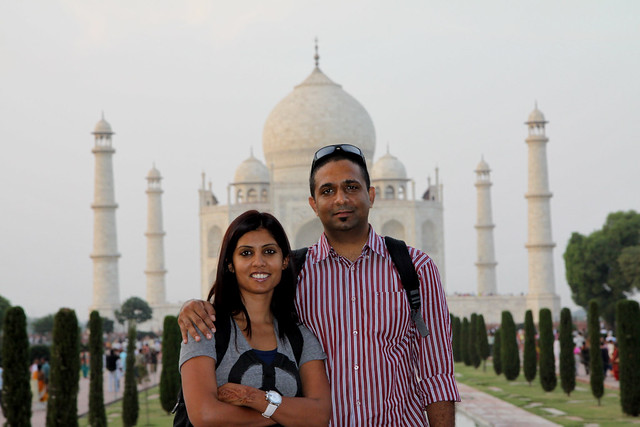 The entry to the inner compound is through a very impressive, 30m red sandstone gateway on the south side of the forecourt, which is inscribed with verses from the Quran. 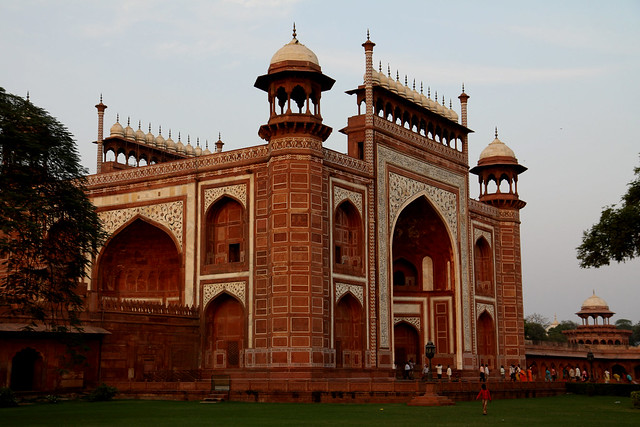 View of the Gateway from the Western Side 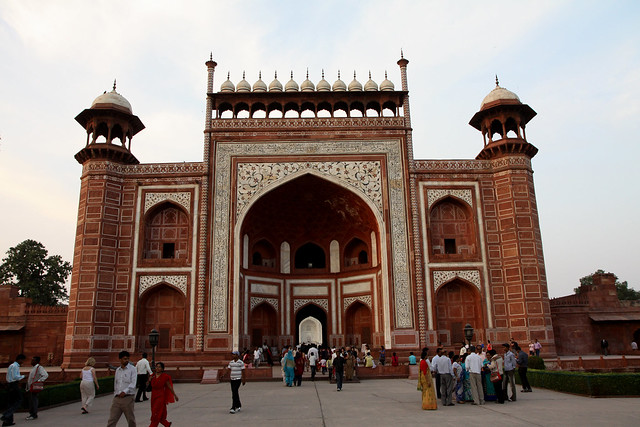 View of the Gateway from the Southern Side

The Taj Mahal itself stands on a raised marble platform, with it’s back to the Yamuna. It’s raised platform means that the backdrop is only sky – a master stroke of design. 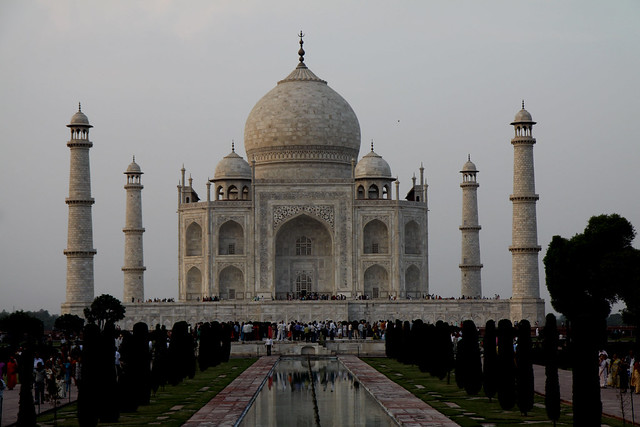 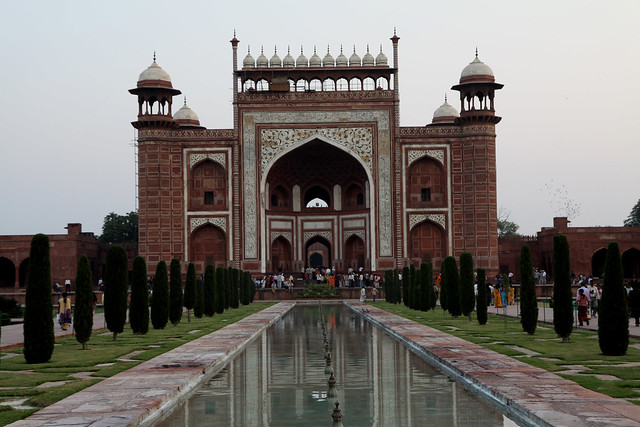 View of the Gateway from the Northern end 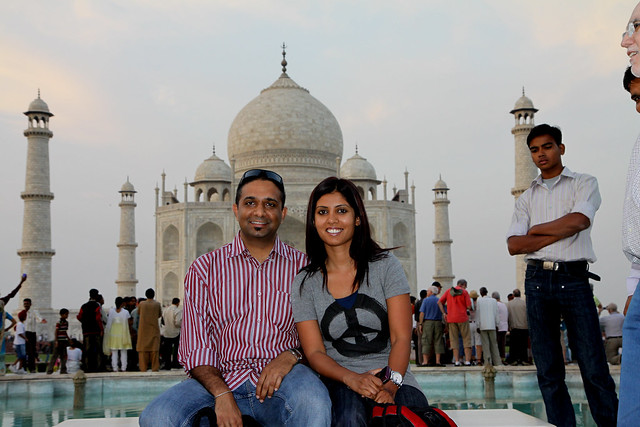 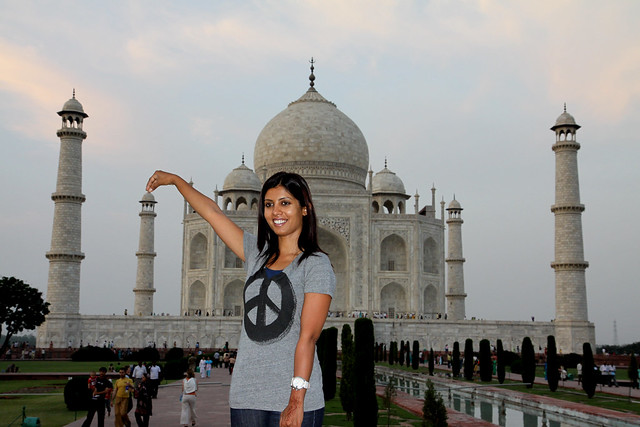 Holding the minaret. The minarets lean slightly outwards so that in the event of an earthquake, they would fall away from the precious Taj. 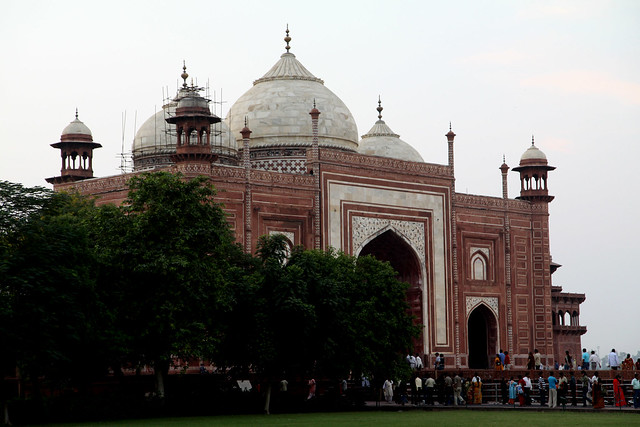 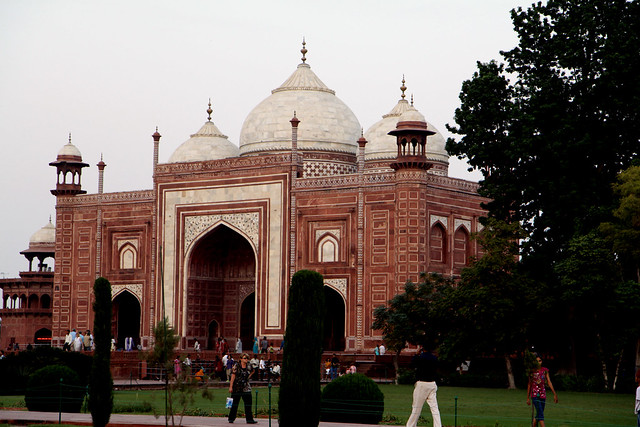 The Jawab, identical to the Mosque, was built for symmetry 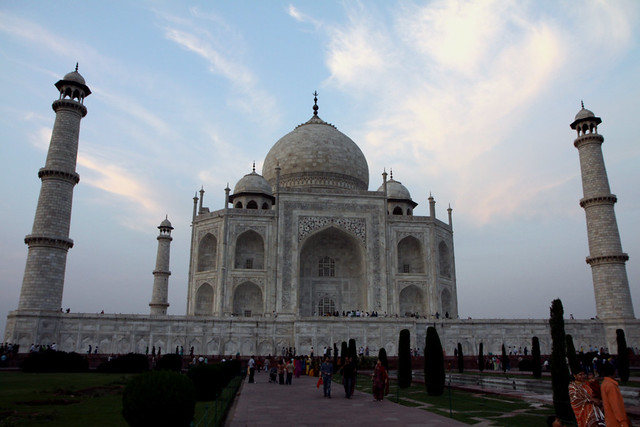 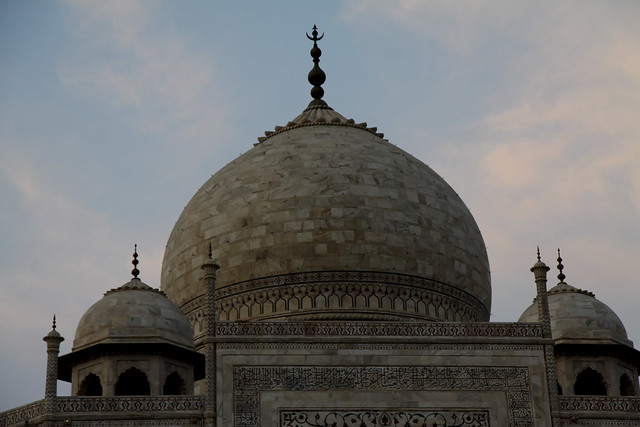 The next day, we decided to check out the Taj in the morning before the crowds arrive. 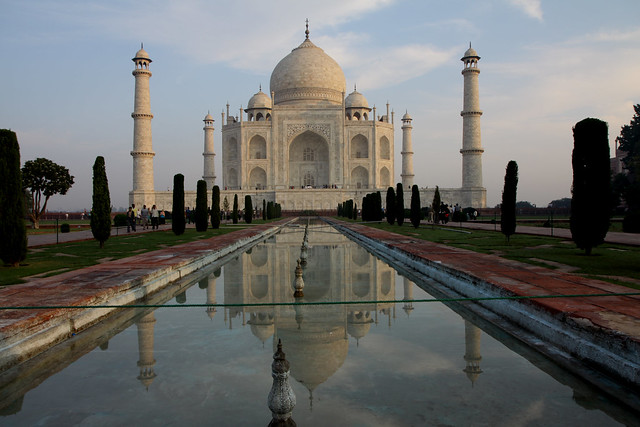 The Taj beautifully reflected in the watercourses 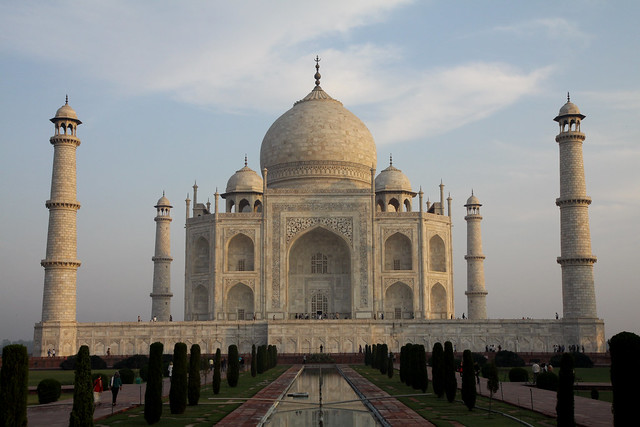 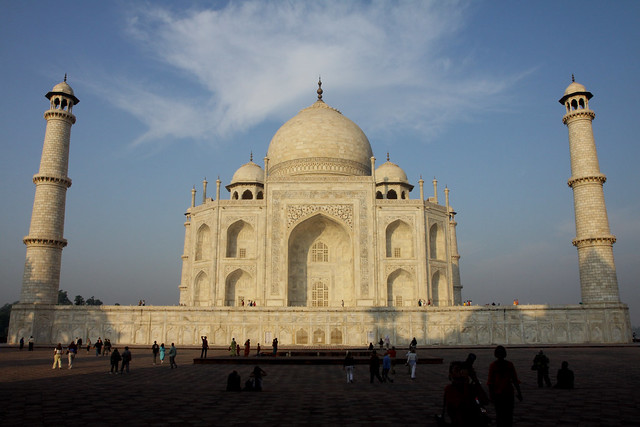 The rising sun rays falling on the eastern face of the Taj. 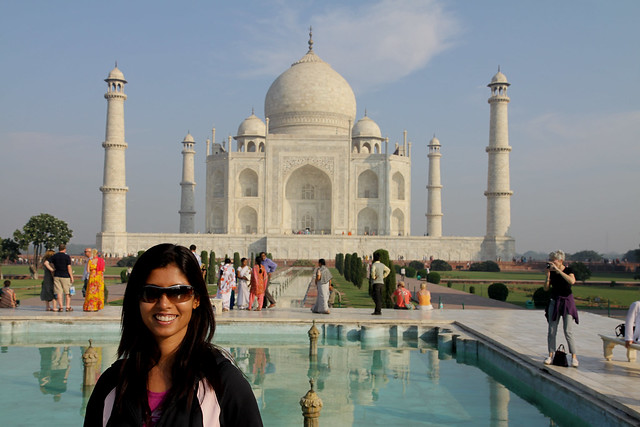 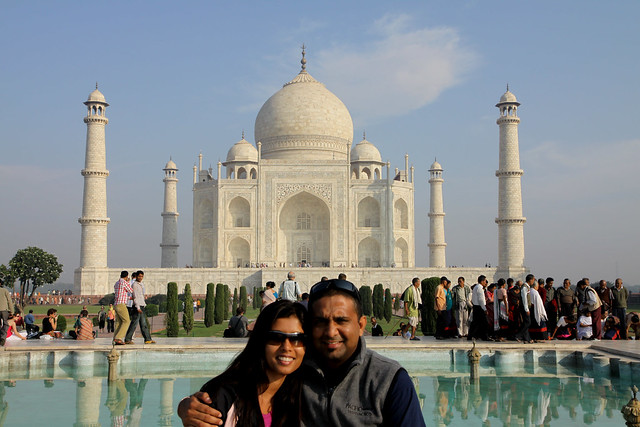