Nestled among rolling mountains with the Mt. Kanchenjunga towering over the horizon, Darjeeling is internationally renowned for its tea and the Darjeeling Himalayan Railway (World Heritage Site). It is also the only place in India from where one can see both Mt Everest and Kanchenjunga.

This region was controlled by the kingdoms of Bhutan and Sikkim until the mid 19th century when the East India Company found the place to be apt to set up a sanatorium for its soldiers. The Company ended up leasing the region from the Chogyals of Sikkim in 1835. 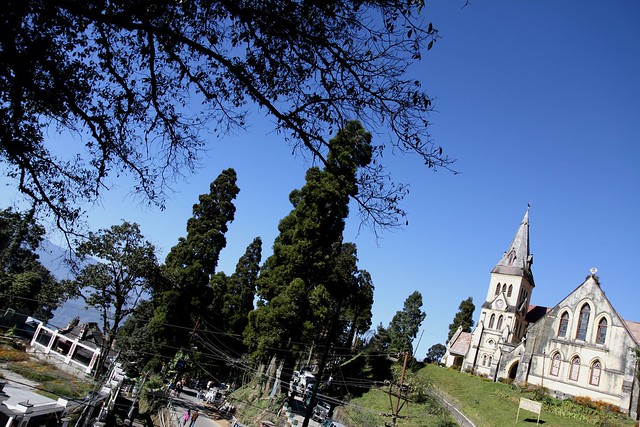 Also known as the Darjeeling Zoo, this 68 acre park is the largest high altitude zoo in India. It was opened in 1958 and specializes in captive breeding programs for the Snow Leopard, the endangered Himalayan Wolf and the Red Panda.

The snow leopard is a moderately large cat native to the rocky mountains of south and central Asia. 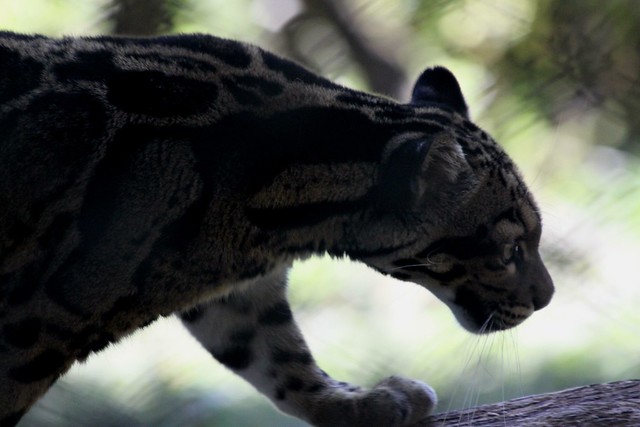 The Indian leopard, one of the 5 big cats found in India, is a leopard subspecies which is widely distributed on the Indian subcontinent. 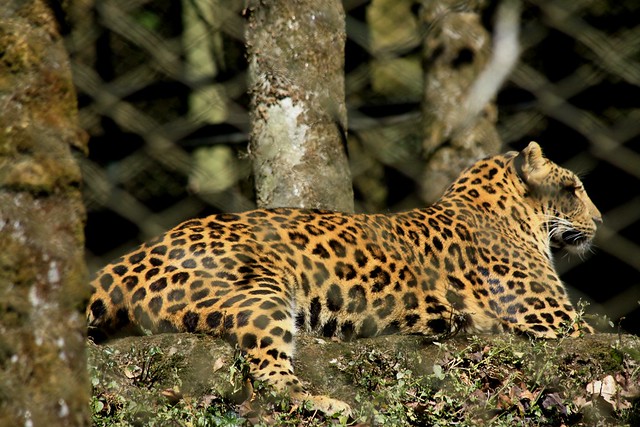 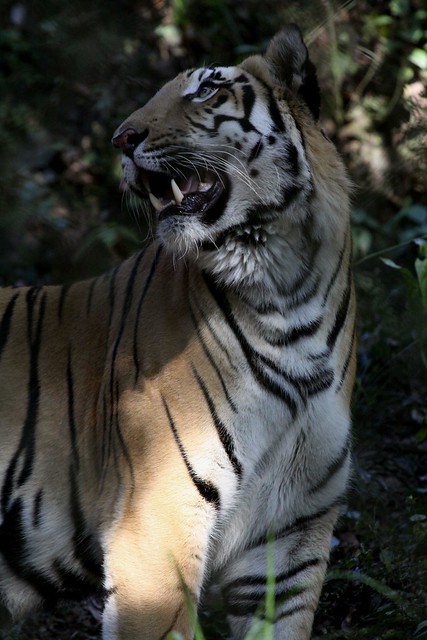 The Himalayan blue sheep, locally known as Bharal, is found in the higher Himalayan ranges. 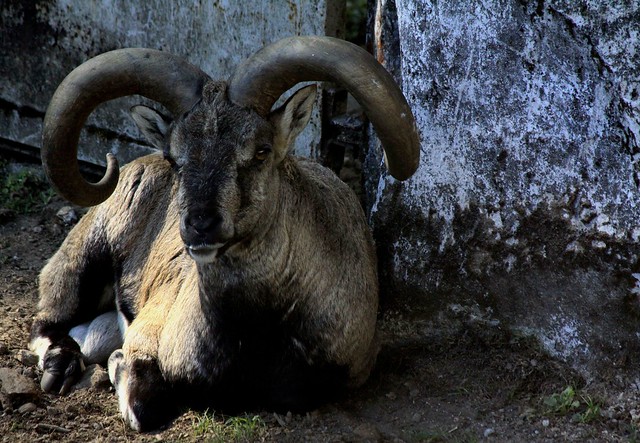 The Himalayan wolf, a critically endangered species, is one of the 3 wolf sub species found in India. The other two being the gray wolf and the Indian wolf. There only about 350 of them left in the wild (Trans-Himalayan region of Himachal Pradesh & Jammu and Kashmir). 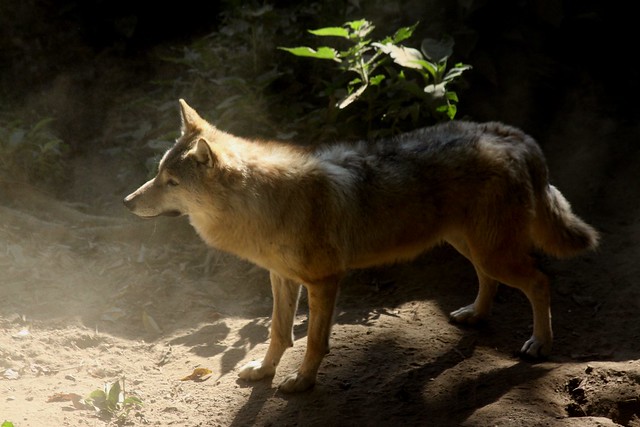 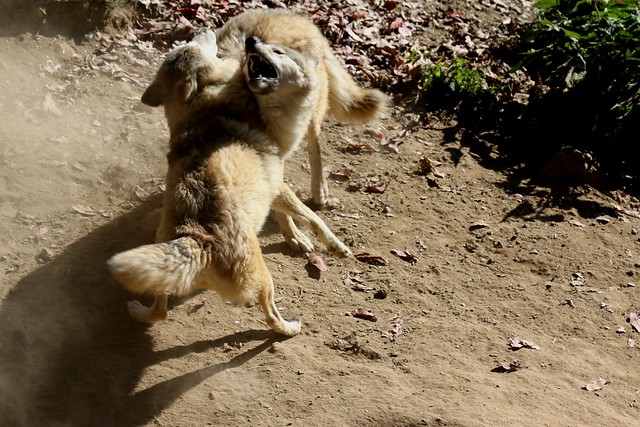 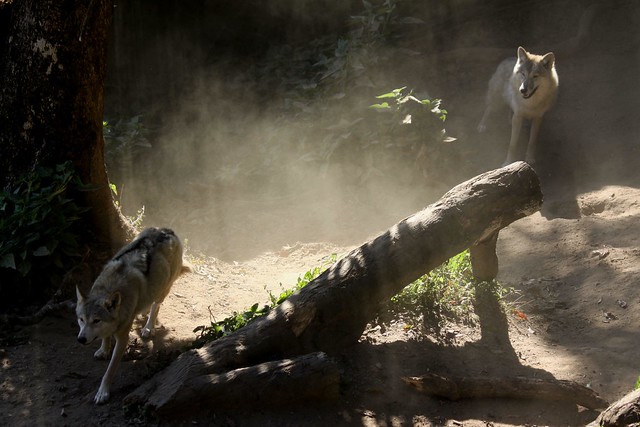 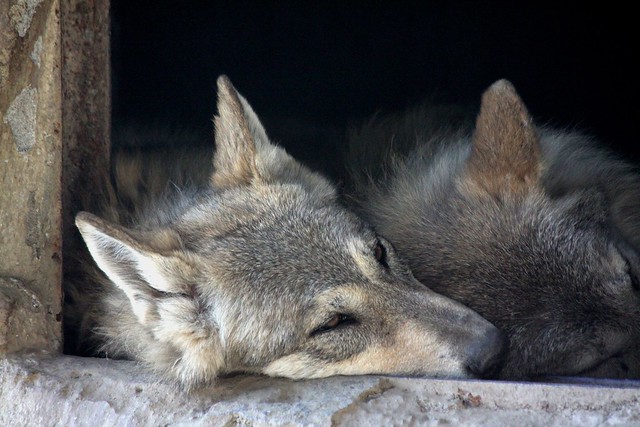 The red panda is a small mammal native to the eastern Himalayas and southwestern China. It has now been classified as ‘Vulnerable’ due to excessive habitat loss, poaching and inbreeding. The captive breeding program at the zoo has been quite successful in the last couple of years. 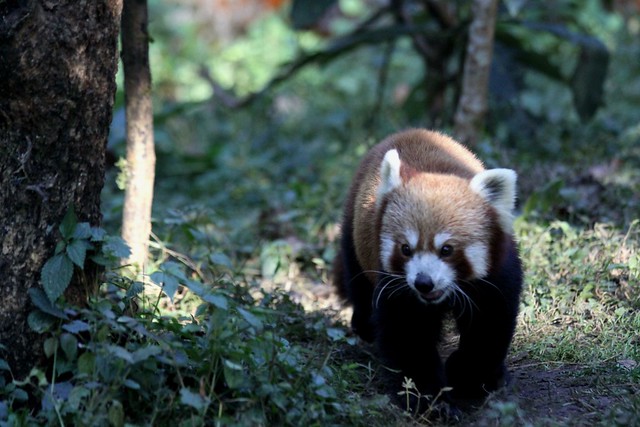 The Asian black bear, also known as the moon bear or white-chested bear, is a medium-sized species of bear, which has been classified by IUCN as a vulnerable species. Their numbers in the wild are dwindling mainly due to deforestation and active hunting for its body parts. 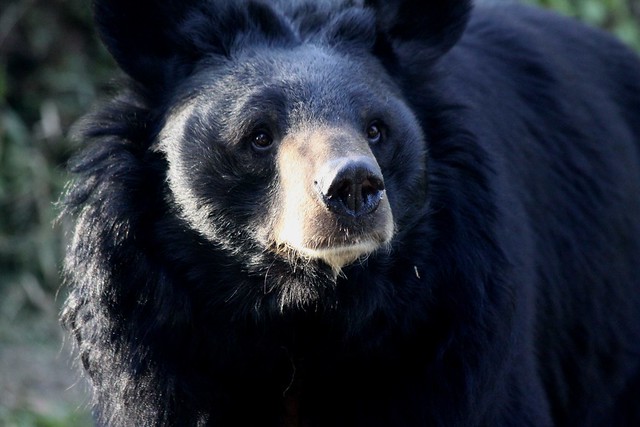 Tiger Hill is famous for its spectacular sunrises against the Kanchenjunga Massif. 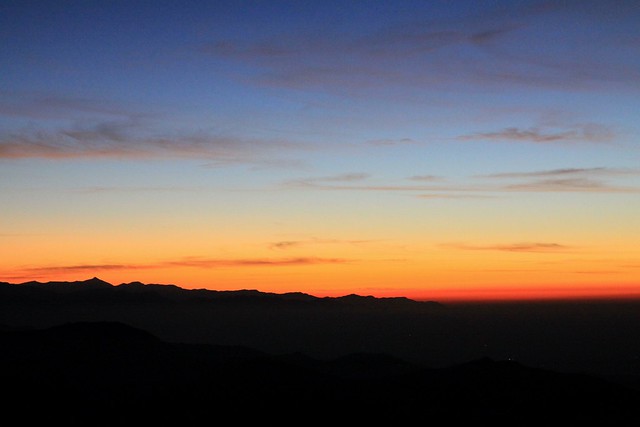 Waiting for the sun

The hill is about a 30 minute ride from Darjeeling and there are shared jeeps available at the upper Taxi Stand.

The first rays of the sun paint the twin peaks of Kangchenjunga a distinct pink.

This is the only place from where one can see both Mt Everest and Kanchenjunga at the same time.

This war memorial, located at Batasia Loop, was installed as a tribute to the brave soldiers from Darjeeling who died in action. 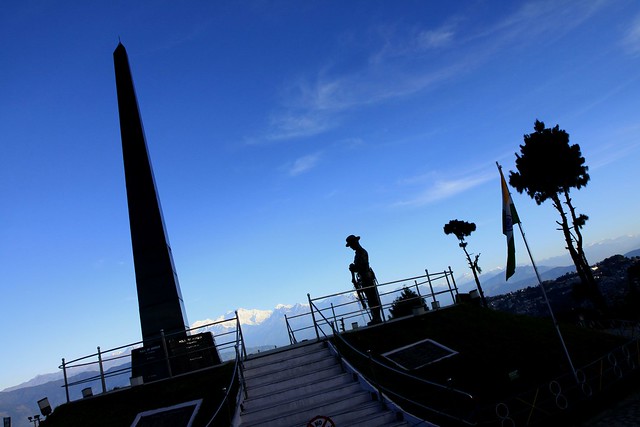 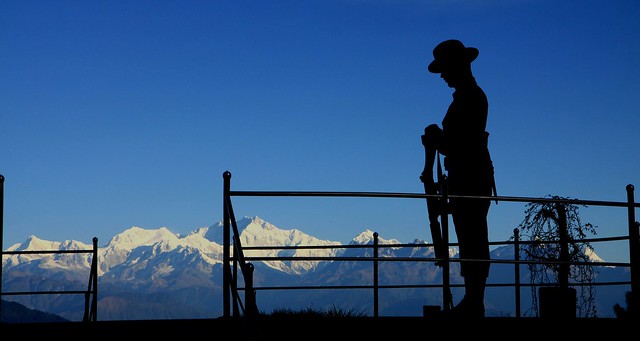 This is the most famous monastery in the Darjeeling region and has some very rare handwritten Buddhist manuscripts. 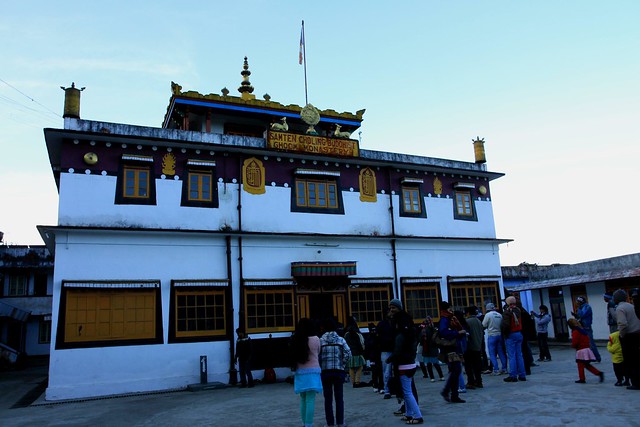 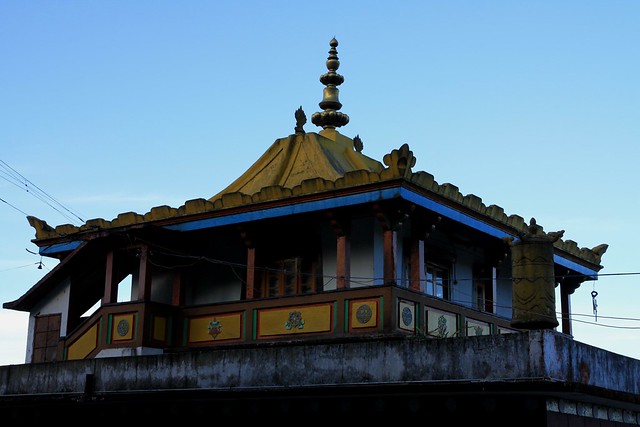 Close up of the upper floor 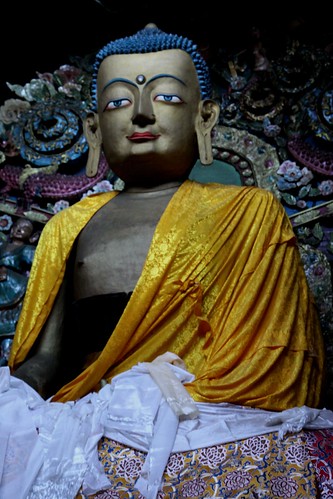 The Darjeeling Himalayan Railway, lovingly called the ‘Toy Train’, is a 2 ft narrow-gauge railway running between Siliguri and Darjeeling. 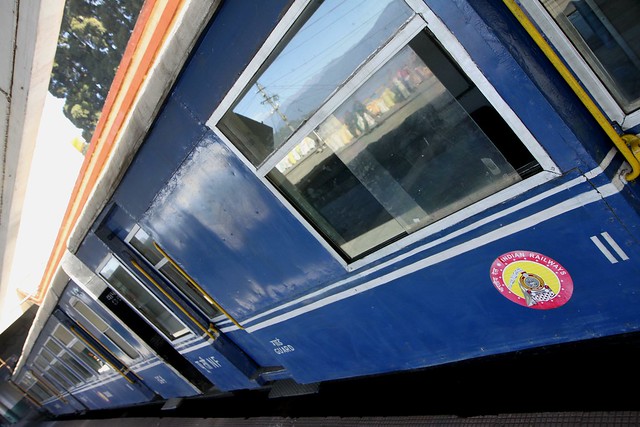 It was built in 1881 and is still powered by steam locomotives. The train was listed as a World Heritage Site by UNESCO in 1999. 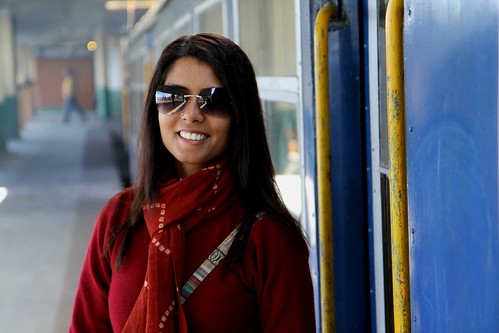 Outside the Toy Train 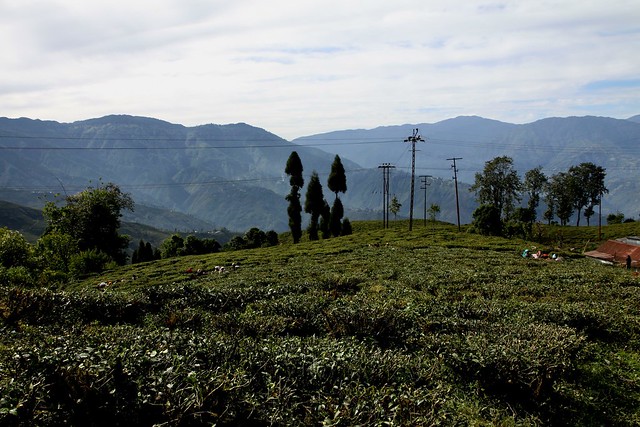 This is one of the few tea estates which encourages tourists to stop by. 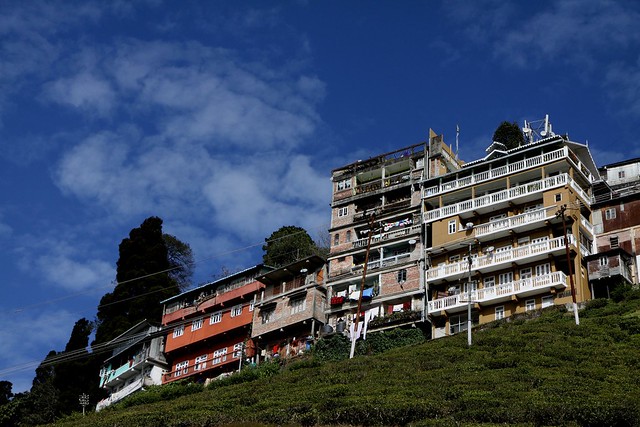 View of the houses along the ridge from the estate

This Buddhist temple is designed in traditional Japanese architecture.

How is it going, fellas?

We reached the temple during the evening prayers and the monks invited us to join them. It was a very unique experience though I had a tough time keeping up with the rhythm. 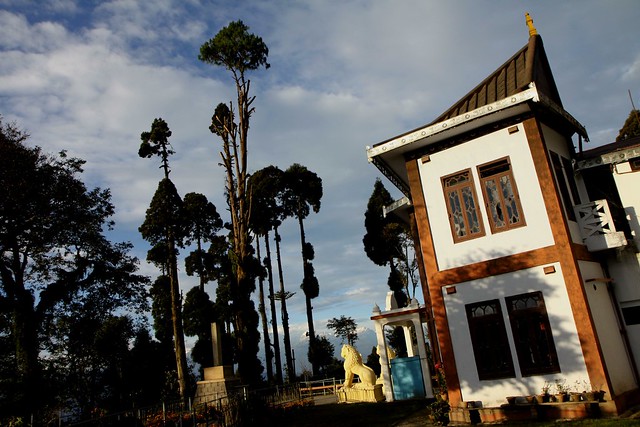 This pagoda was initiated by Fujii Guruji (founder of Nipponzan Myohoji, a Buddhist order for world peace). 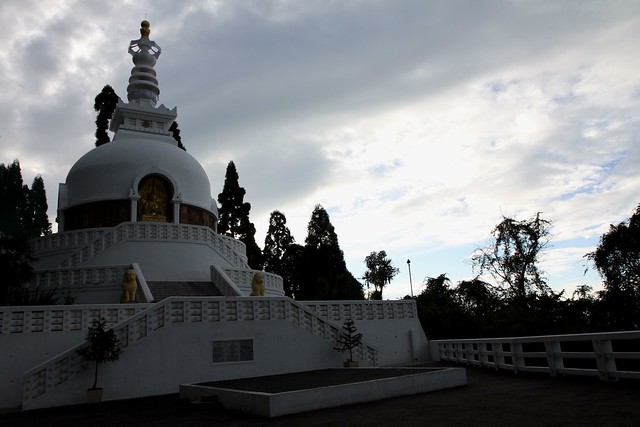 Designed by Dr M Ohka from Japan, the structure is 28.5 m tall and 23 m in diameter. 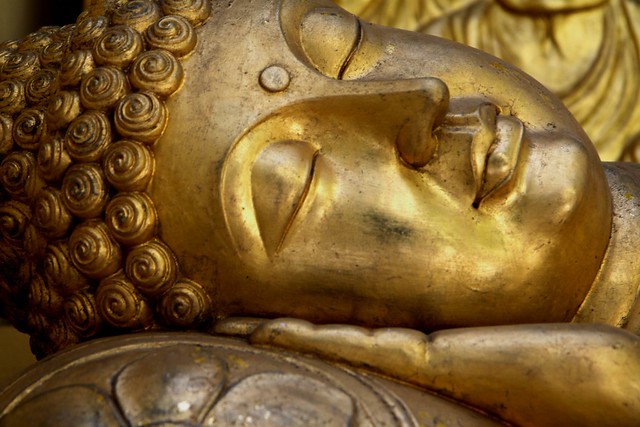 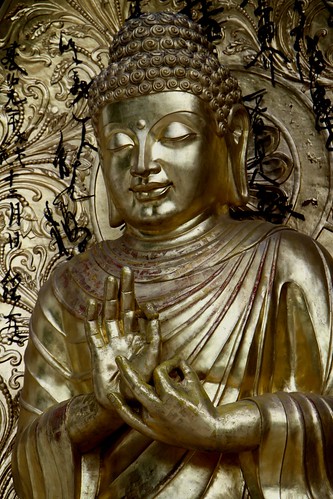