Sunderbans National Park is located about 150 Kms south of Kolkatta and getting to it involves multiple modes of transport including Cycle Rickshaws and Ferries.

Getting to Sunderbans from Kolkata : 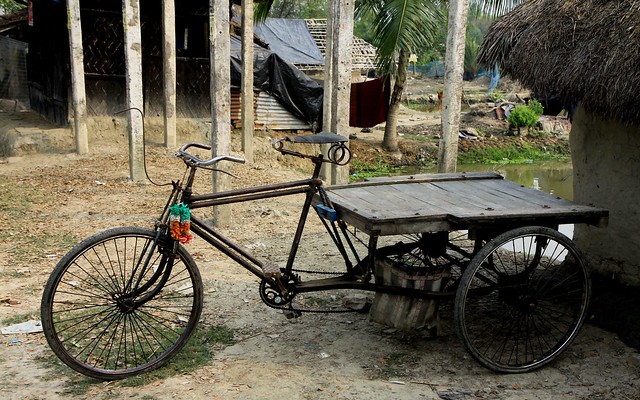 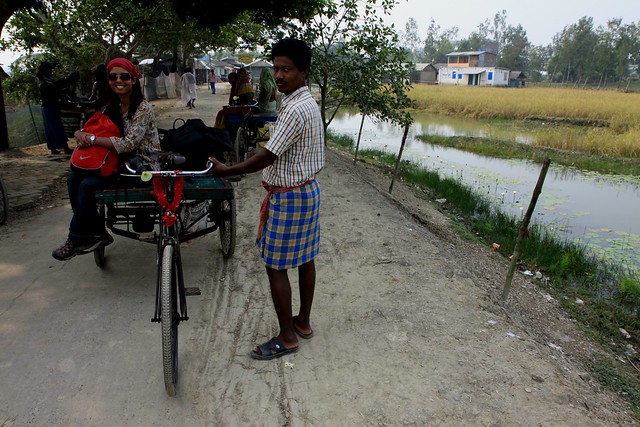 The Cycle Van ride was a unique experience. It is a great way to explore the village landscape. Though I wish they had provided cushions like the shikaras in Srinagar. 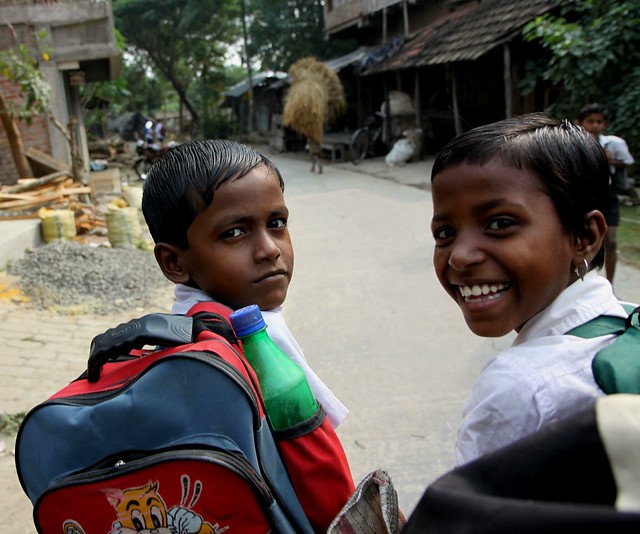 These kids decided to hitch a ride with us 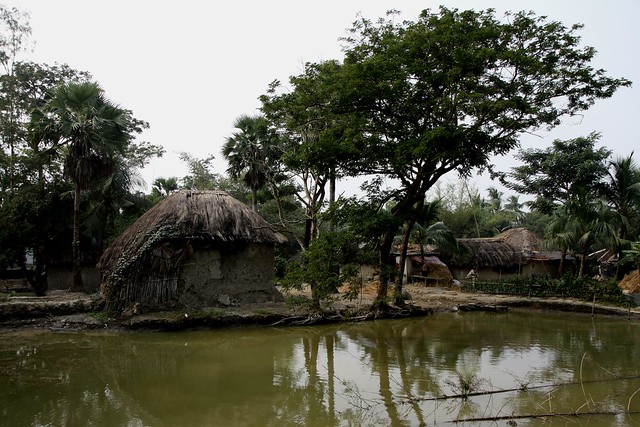 Most of the houses in Gosaba have their own private tank 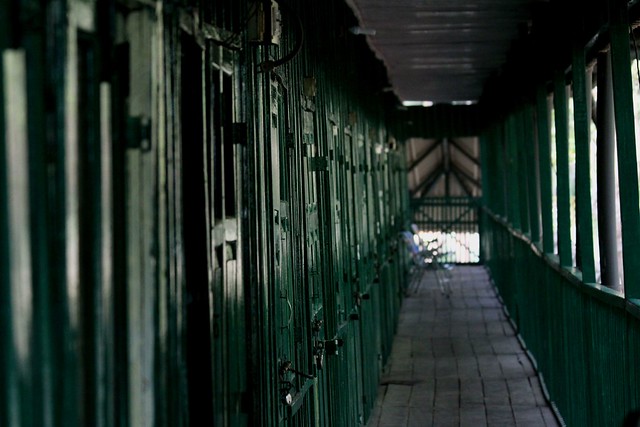 The next morning we went off on a full day boat ride through the Sunderbans (Sajnekhali to Netidhopani and back). 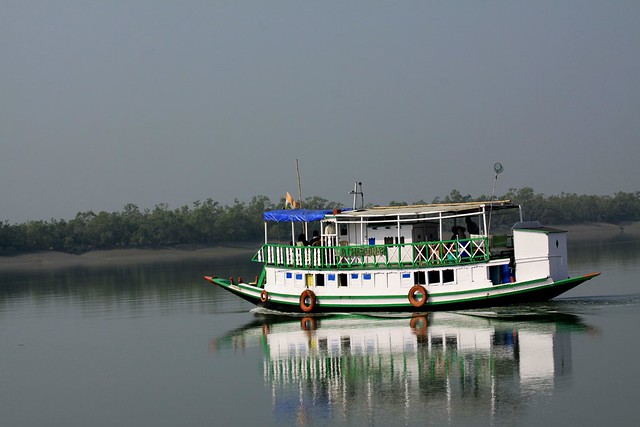 The Sundarbans (Beautiful Forests) is the largest single block of tidal halophytic mangrove forest in the world. The name has been derived from the Sundari trees which account for a large percentage of the forest trees.

This 10000 sq km forest lies in the vast delta formed by the confluence of the Ganges, Brahmaputra and Meghna rivers. 60% of the forest lies in Bangladesh and the remaining in West Bengal. This unique ecosystem was designated as a UNESCO World Heritage Site in 1997. 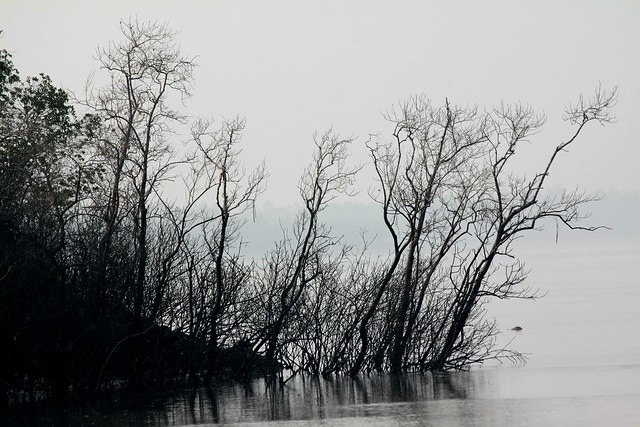 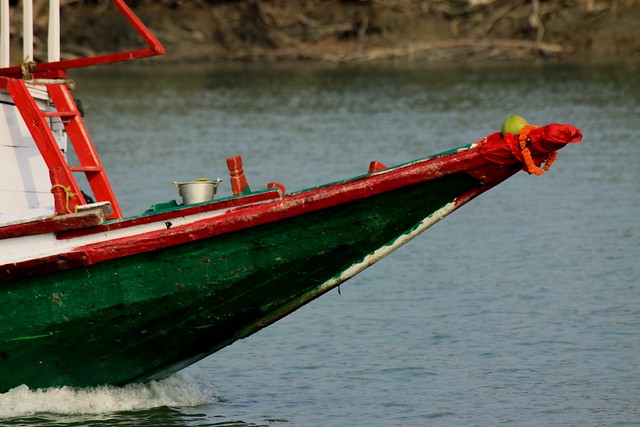 The area is home to the elusive Royal Bengal Tiger as well as numerous fauna including birds, spotted deer, crocodiles, monitor lizards and snakes. 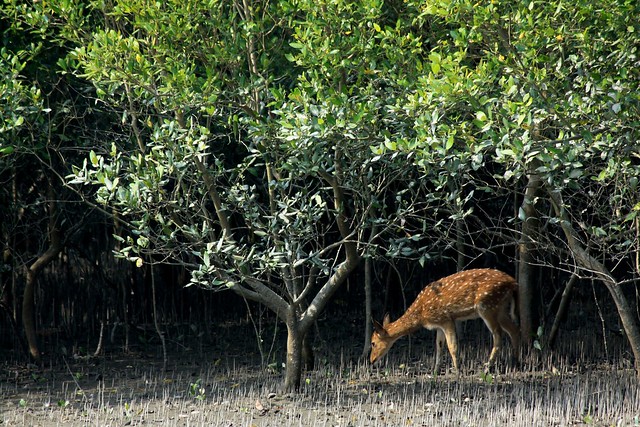 Water Monitor Lizards, the largest of its kind in India, inhabit the water holes and feed on fishes, frogs, small mammals, crustaceans, and snakes. 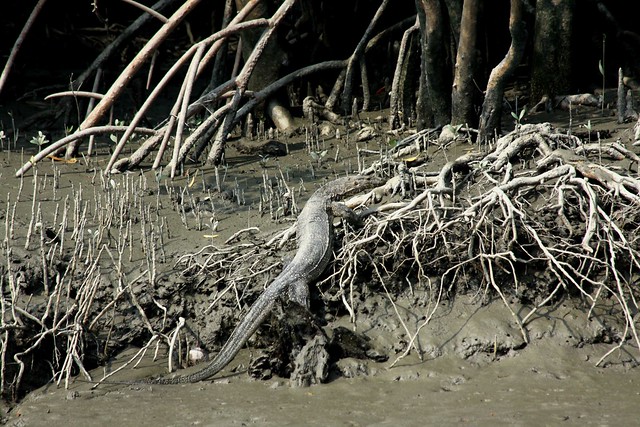 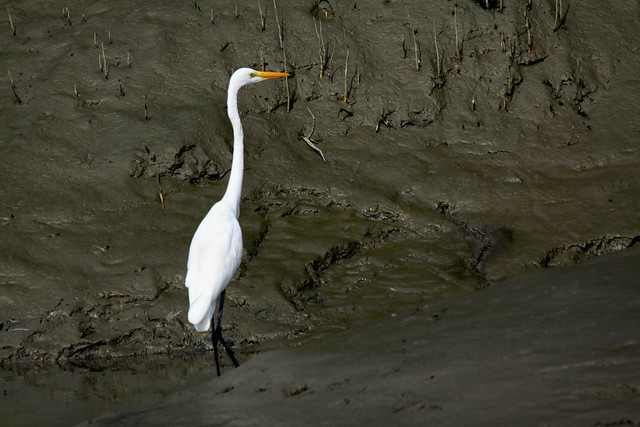 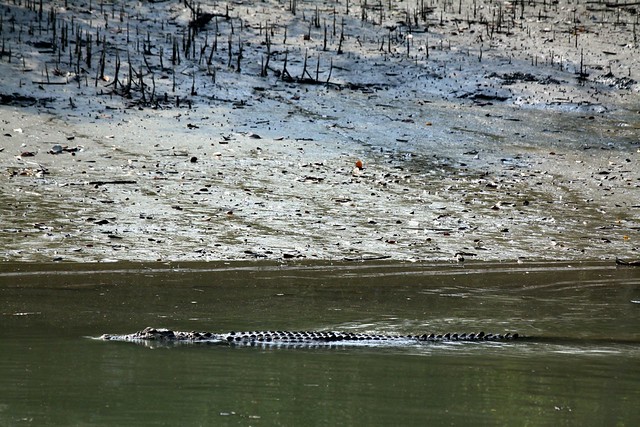 Fiddler crabs are identified by their different sized claws. If the large claw is lost, males will develop one on the opposite side after their next molt. They use a sequence of waves and gestures to communicate with each other. 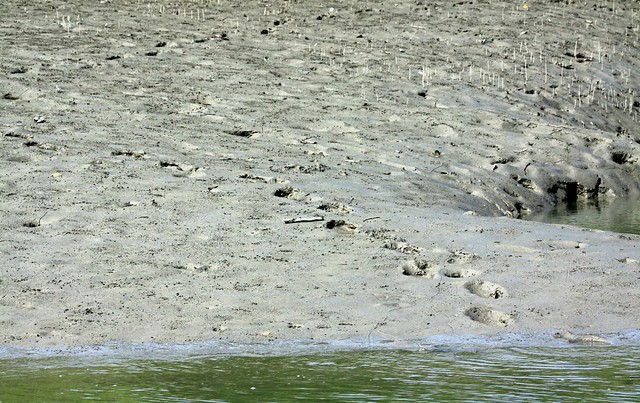 Cargo ship on its way to Bangladesh

Serene ride back to the lodge