Places to visit in India

It can be overwhelming trying to decide where to go in India. A world of contrast from north to south, this exotic destination has something to offer for everyone including beautiful beaches, lush jungle, magnificent mountain ranges, vast caves and temples and incredible temples and monuments. One trip is never quite enough to get your fill of this country unlike anywhere else in the world.

Here is a list of some must-see places to visit in India: 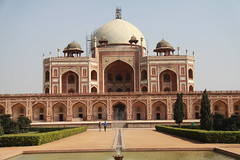 This well travelled route around some of Rajasthan’s stunning cities is a popular option for those who want a glimpse of real India but are limited on time. Including Delhi, Agra (to see the Taj Mahal) and Jaipur, trips tend to last around seven or eight days and commence and end in Delhi. It covers beautiful contrasting landscape and offers a unique cultural perspective.

Lying on the golden sandy beaches of Goa, it is hard to believe you are in India. With 103km of pristine coastline, there is an abundance of secluded bays, beach resorts and pumping hot spots full of tourists. Finishing up your trip to India in Goa will be a real treat. 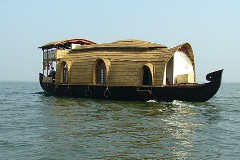 This network of lagoons and lakes that are close to the Malabar Coast are ripe for exploration. Fed by 38 rivers and covering almost half the state of Kerala, the best way to navigate them and take in the stunning natural beauty is by houseboat. Relax in comfort on deck and cruise leisurely through the 900kms of waterways.

Gaze up at this breathtaking mountain range while based in any one of the India’s quaint northern mountain towns. Dehradun, Dharamsala, Leh, Manali, Shimla and Srinagar are all popular places nestled in the foothills of the Himalayas. They are all perfect places to set off from for trekking and adventure sports. The scenery in this part of India is second to none. 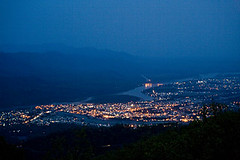 An important part of daily life to millions of Indians who live along its banks, the Ganges is sacred to Hindus. One of the most popular places to see the Ganges is in Varanasi, a holy city where pilgrims descend on the Ghats to take bathe in the water and give offerings. With the sheer number of people washing in the water, bodies being cremated and disposed of in the water and the amount of effluence deposited, the Ganges is now one of the most polluted in the world. However if you would like to take a dip, brace yourself for the cold and head right to the source in the Himalayas. Rishikesh is a great spot to swim in the clean water before it reaches the masses.

If the intense Indian heat gets too much, head for the cooler high altitude towns which have been favoured in the past as summer retreats by colonialists. They often featuring gorgeous lakes as the centerpiece which allow for water based activities such as swimming and boating.

Most of India’s hill stations are located in Jammu and Kashmir, Himachel Pradesh, Sikkim and West Bengal. Some of the most popular ones for tourists are Dalhousie, Kullu, Shimla and Nanital. 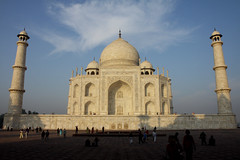 No visit to India is complete without a visit to the awe-inspiring and magical marble monument. Completed in 1652, it was built by Mughal emperor Shah Jahan in memory of his third wife, Mumtaz Mahal. One of the seven wonders of the modern world, the impressive architecture and overall beauty is yet to be surpassed.

Scattered around India are many caves that have been constructed or utilised for religious and artistic purposes. From the richly decorated Buddhist Ajanta Caves, the monumental Ellora Caves and the tranquil Elephanta Caves in Mumbai, there are many complexes that have stood the test of time and mesmerize with their sheer size and intricate carving and sculpture detail.

The extensive sandy expanse of the Thar Desert is home to a majestic world of nomadic tribes, camel treks, stunning sunrises and even more spectacular sunsets and tales of lore of bonfires. Setting off from Jaisalmer and Pushkar are two of the best places to explore the beauty and hues of this barren landscape.