Experience an event of a life time! The Maha Kumbh Mela- “The festival of the pot holding the nectar of immortality”- the largest human spectacle on the planet.

According to ancient hindu mythology, during the Vedic period when Gods and Demons reigned the world, the duo agreed on a temporary arrangement to work together for churning Amrita (the nectar of immortality) from the Milky Ocean, and share it equally among them. However when the Kumbh (pot) containing Amrita appeared, the demons fled with it. The Gods chased them and fought with them for a period of twelve days and nights (equivalent to twelve human years) high up in the sky for its possession. During which, drops of Amrita fell earth in four places: Prayag, Nasik, Haridwar and Ujjain. These places have since then acquired mystical power (especially Prayag), and the Maha Kumbh occurs on the twelve year cycle in Prayag, at the confluence of the Gangas, Yamuna and the Sarawati. 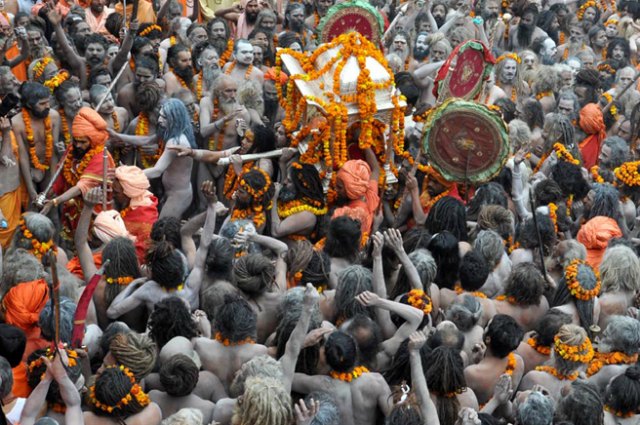 This is considered the most sacred of all and is attended by millions of people.

Maha Kumbh Mela begins when Jupiter enters Aquarius and the Sun enters Aries. It is believed that during this period, the passage from Earth to other higher planets is open, and the soul can easily attain Nirvana. Thus devotees bathe in the Holy river to wash off the past sins and the soul attains Moksha. Moksha is the liberation from cycle of birth and death. 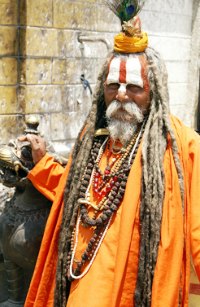 This unique event blends religious and cultural aspects of the country. Apart from the pilgrims, many saints and holy men from all over the country come to Prayag to participate in the Kumbh Mela. The most prominent are the naga sadhus who do not wear any clothes and smear ashes on their bodies. There are also the Urdhwavahurs, who belive in putting the body through severe austerities; the Parivajakas, who have taken a vow of silence and go about thinking little bells to get people out of their way; the Shirashasins who stand 24-hours and meditate for hours standing on their heads. The Kalpvasis spend the entire month of the Kumbh on the banks of the Ganga, meditating, performing rituals and bathing thrice a day.

The venue becomes a buzzing center of the religious discussion and religious assemblies. With the entire area saturated with chiming bells, incense and flower fragrance, Vedic hymens, mantras, beating of drums on horses, camels, and elephants during the processions of naga sadhus from different orders in their gold and silver chariots being pulled by devotees, as they show their strength and skills – pure enchantment for the soul.